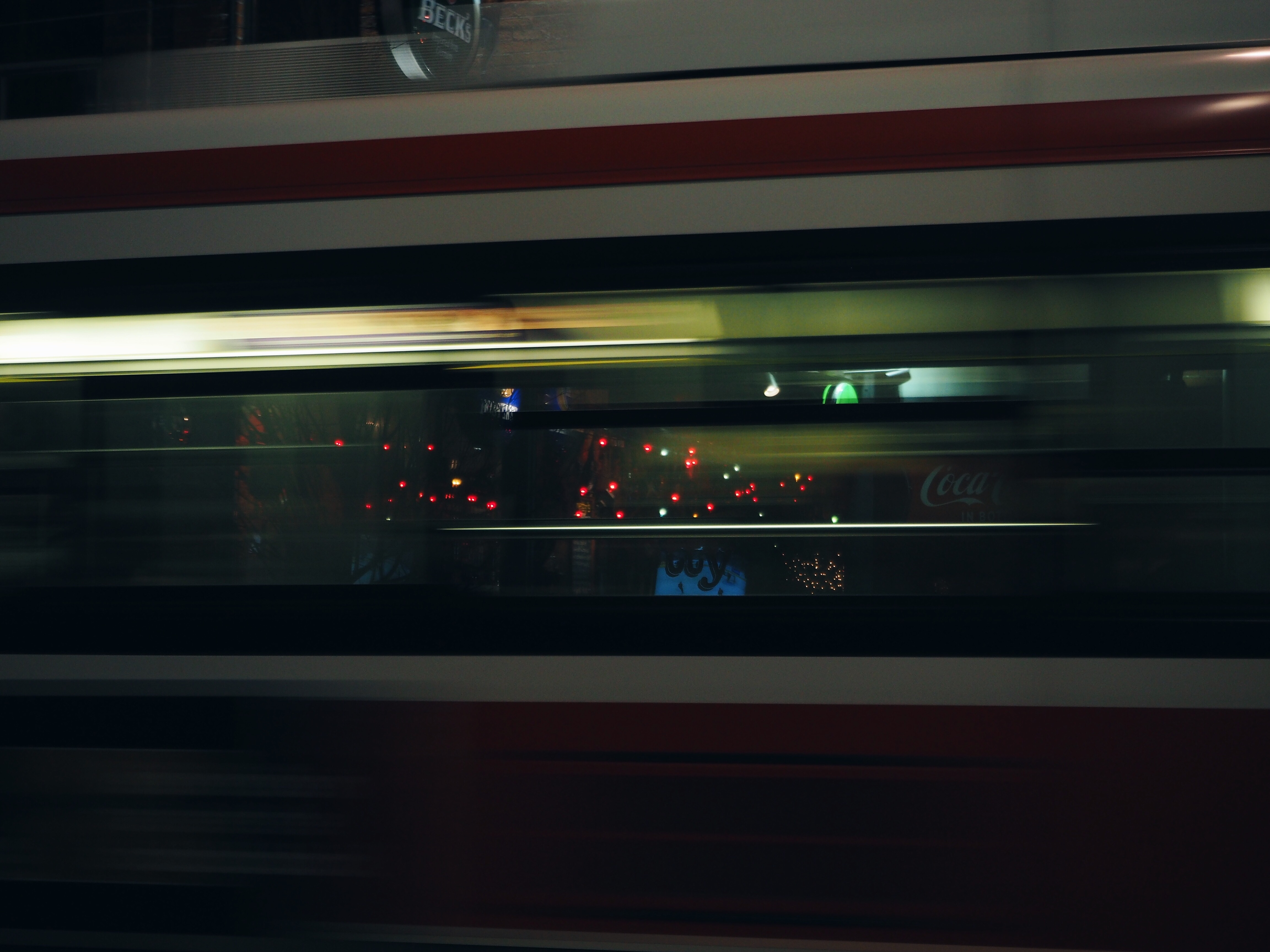 He’s dead now. I killed him.

I didn’t mean to. Or maybe I did. I just didn’t think I could or I would.

They say you never forget the first time–the first life you take. But it’s hard to remember. It all blurs together, and there’s just the fragments. I never talked about it. The fragments. That’s what will get you. They come out in the darkness like cockroaches. You’ll hear them scurry across the floor, always just beyond sight. It wasn’t supposed to happen. I didn’t plan this. It can’t be murder, right? It’s only murder if you plan it.

I don’t know how it happened. I didn’t even really know him. I’d see him all the time. Never asked his name. He just seemed like an ordinary guy. Maybe he just hit a rough patch. Down on his luck. He never said much. Head always bowed. Like he was always praying, or always depressed. One of the two for sure.

He had this smile though. That’s what everyone would say about him. It didn’t show that often since he never looked up, but when it did, it was always noticed. Maybe he was homeless. Nobody knew. No one cared to know. He wasn’t like the others out there though. There were the regulars. As soon as you came down the block, you could spot them. They’d be asking for spare change. I didn’t ever give any. I don’t trust these people. You never know what their real deal is. He wasn’t like them. He almost never asked for anything. But when he did, there was that damn smile. I knew he didn’t need any help. He couldn’t possibly. It was in his eyes. People always said they were so genuine, but when I looked into them, I could see the secrets. I knew his heart.

I didn’t know him. But I knew.

It was just one of those nights. I got off work late. I was exhausted and starving. I don’t eat regularly anyway. Habit. And in my line of work, it’s pretty hard to do anyway. But that night, all I could think about was eating. There was a Denny’s down the street and around the corner. Perfect. As I made my way towards it, I noticed something.

I notice everything. Just a kind of sense I have–always paying careful attention to my surroundings. In the shadow of the alley, I sensed a presence. Between the echoes of my shoes’ duet with the pavement, I heard it. This deep, mournful breathing. As I neared, it stopped. The form rose. I knew it was him.

Maybe it was the way his uneven shoulders leaned to one side. Or maybe it was…I don’t know. There are a million things it could have been. I just knew it was him. And then he called out.

“Sir?” he began in an uneasy voice.

And again, “Sir?” It was louder this time. A little more confident. “Can you help me? Please?”

I never liked him. Something just wasn’t right about him. That night, I just wanted to mind my own business, stuff my face, and be on my way. He’d never spoken to me before. Perhaps he knew he would find no sympathy. He must have been desperate that night, but I was livid. I stopped. I remember the sound of my shoe against the gritty pavement.

“You got a problem, buddy?”

He took a step back and lowered his head again. That damn penitent posture of his.

“Well spit it out already!”

“Trouble me? You don’t mean to trouble me? The fuck do you think you’re doing then? I’m minding my own business just trying to get a meal, and here you are bumbling in my way. I couldn’t stand you before. Now you’re just digging your own grave.”

Ironic, isn’t it. The things we say. It’s like there is a subconscious omniscience inside of us that just manifests itself now and then.  Or maybe the power of the gods rests in the frailty of human flesh, and the very things we speak become reality.

From that moment, it all breaks apart. I don’t know what it was. Maybe it was just a bad time. Maybe it was the stress of all I’d been holding in. They say I repress my emotions. They say it’s not healthy. It’s true that I make a conscious effort to avoid the expression and release of the things I feel. When I was a child, I had uncontrollable fits of rage. I would never remember them. I’d just find myself standing there after it was all over, surveying the damage to the things and people around me, piecing together what I can only imagine must have transpired, trying to make sense of it all. But that was a long time ago. I got all of that under control. I learned to hold it in…to bend and not break. I was a better man. I’d like to think I spared the world from a great deal of evil. Most of the time at least.

He kept backing away, deeper into the alley. I could tell he disliked confrontation. His entire demeanor bowed before me. I was unappeased. I really couldn’t tell you what happened next or how long it lasted. I know I pushed him. He fell against the wall of the building. He had this look in his eyes, as if he realized the nothingness that he was in my eyes.

I’m not a violent man. I am a gentleman. There was just something about him that got under my skin. It was like a parasite, altering the integrity of my inner-workings. I must have become irrational. Something snapped. My hand was on his throat. Pressure. I remember the pressure. I could feel the tremble of his vocal chords as he tried to reason with me. I remember the sound as the back of his head slammed against the wall. He wouldn’t retaliate. He wouldn’t push back. He thought he was too good for all of that. I knew his heart. I knew what was inside of him. He could fool everyone else, but not me. I could see right through him like the display window of a department store. I knew what he had in him. I’d get it out of him.

I must have thrown him to the ground. I don’t remember what happened. Fragments. Just the fragments. Perspiration. Beaded up on my forehead. Adrenaline. The heart beating faster. The fire pumping through my veins. Down my arm. To my clenched fist. To his face. That face. Those fucking eyes. They were begging, “please don’t do this.” And then, “please don’t make me do this.” And then, there it was. There was that creature he’d been holding inside. He was just like me. I knew it. I knew his heart.

In that moment, I could see the realization. He knew one of us would die that night. He knew he was fighting for his own right to exist another day on this planet.

Fragments. The taste of blood pouring from my lip. The crack of his ribs when I kicked him. The heavy breathing. The scuffle of shoes searching for footing. Reaching out for something. Anything. A weapon. I needed a weapon. I felt something on the ground. A piece of metal perhaps. I couldn’t get a hold of it. I turned to reach for it with both hands. He had something. Something rough. He bludgeoned the back of my head. I tried to shake it off as my strength gave out. A second time. The world blurred. I rolled over. The scrap of metal was in my hands now.

I stabbed him. I stabbed him in the side. It’s not like people think it is. It’s not like in the movies. You feel the layers you pierce. And the blood. Its warm. You don’t think about it. But it’s warm, running down your hand. I felt the life leaving him.

We wrestled. He was getting weak. Desperate. His movements, which at times seemed as calculated and methodical as a well-trained fighter, became frantic and chaotic. It’s the fragments you remember. His fingernails scratching against my flesh. The way his body writhed and shuddered when my hand found the stab wounds, when I pushed my thumb into them.

A necktie. He was wearing a necktie. He always wore a necktie. Always tried to look good. Dapper fucker. And that was his undoing. I grabbed it. I tightened it. With all of my strength, I tightened it. That sound. The sound of suffocation. His lungs straining. His body trembling. The gagging sound. His shaking hand found mine. I tightened my grip, wrapping the end of the tie around my hand so that it wouldn’t slip through my sweaty fingers. And his hand was on mine. But he wasn’t fighting it anymore. It was as if a tide of acceptance came over him, and with a final resignation, this scum accepted his fate. His palm rested on the back of my hand. And he gave it a gentle squeeze.

I didn’t know what to do.

I didn’t have to do anything.

I waited. He didn’t move. No rise of the chest. No flicker of light in the eyes. No life remained. I stood. And I waited. No second thoughts. No feeling of guilt or remorse. This was what he’d wanted. He drove me to this. He pushed me over the edge. This was his plan all along, and whoever he was, I’d just done him a huge favor. It was as if right at the end, he had thanked me. I rolled his lifeless corpse over, looking for a wallet or something. Martin. His name was Martin. Martin Edwards.

There was a little cash in the wallet. I took it. That’s what he would have wanted. I brushed the dirt and debris off of my clothes. As if I wasn’t hungry enough already, I’d definitely worked up an appetite. I emerged from the alley. Down the street. Denny’s.