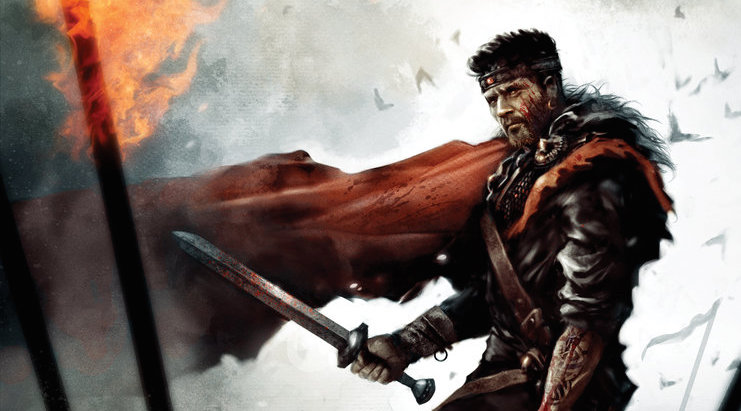 Like waking up from a surgery that you didn’t plan on having, I awaked Thanksgiving Day in a most confused state of agony. It was as if someone had surgically inserted a screwdriver under my left kneecap. Three weeks earlier, it had inexplicably begun. A stabbing pain in the knee. It’s made the monumental task of logging 40-50 miles of running each week all the more insurmountable. Every day was a new game of trial and error in the quest for mobility. Some days the most I could muster was a pathetic limp, mile after mile. 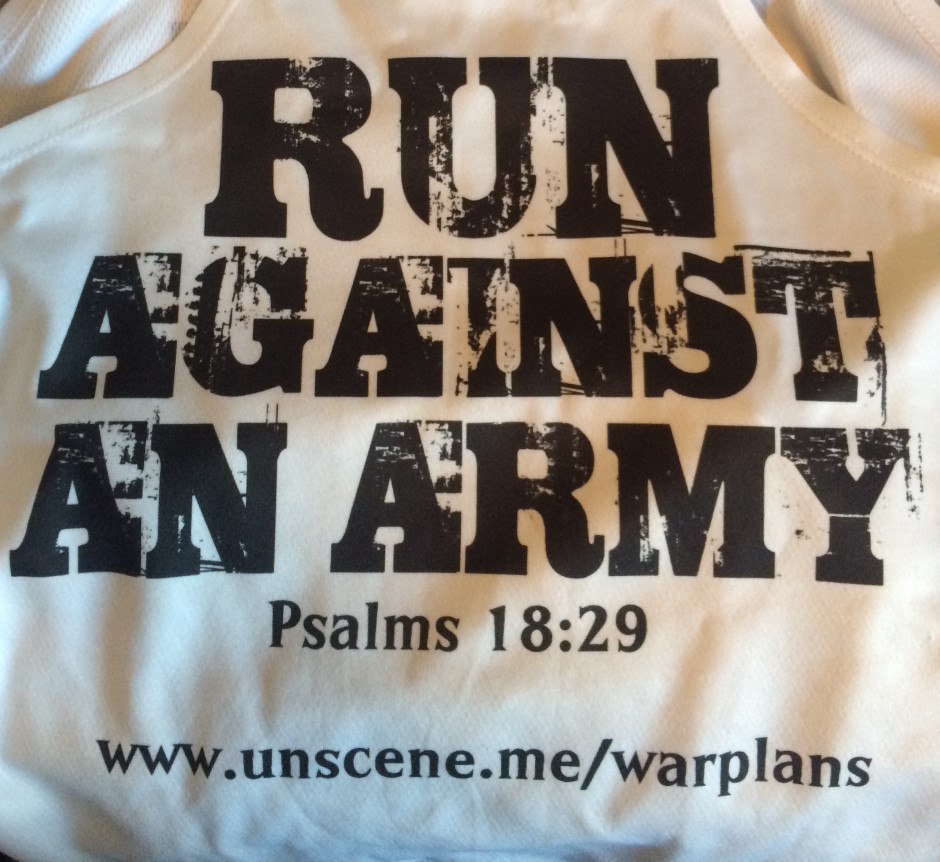 Now it was time for my final race of the year. I limped down the stairs at 7AM to see when my sister wanted to head to downtown Miamisburg for the start of the 37th Annual Turkey Trot. I didn’t expect much. I couldn’t expect much. I was hoping at best to churn out a 9-minute-mile pace for the 5-miler. Clad in my WARPLANS training jersey, which I’ve worn in every race this year, but still with a notable limp, I made my way to the start line.

Years ago, partnering with my friend Ryan St. Hillaire, I started a non-profit organization called UnScene Media Group. The goal was to bring the eternal reality of God’s love to people through dynamic visual media, and all the projects we’ve worked on have done exactly that. Much has changed in the world, in the ministry, and in my life since then, but one of the things that has remained relevant amidst it all is the WARPLANS training project. There is a war going on in this world between good and evil. To survive, and ultimately to emerge from the battle victorious, one must have a plan. The message I’ve carried with me, every mile of every race is simple:

Hundreds of miles have passed, and the message remains. With both training runs and races, the jersey has become a point of interest and a topic of conversation with others. I always told myself I had to finish strong so that every person I passed got to see the message. On this day, however, I was unsure if I would be able to give my usual kick. I told myself, “No matter how slow you start, finish strong.”

A mile into the Turkey Trot, I felt something pop in my knee. It was an audible pop. It was weird. When it happened a couple more times, I started to be a little concerned about the integrity of the joint stability. Tentative and cautious with each stride, I suddenly realized my knee wasn’t causing any pain at all. It just might turn out to be a good run after all. Running without pain is a beautiful thing.

I felt my stride lengthening and started passing my fellow runners. Cresting the hill, I could hear the burbling of the people I passed as they noticed my Run Against an Army shirt. “He must be Navy,” said one man, “Or Air Force,” a woman added. I chuckled to myself as the minutes and miles started to fly by. 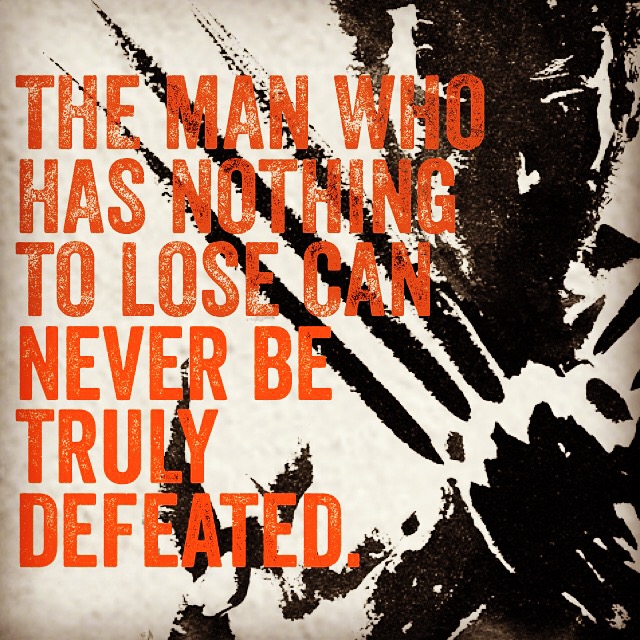 As the water station at the halfway mark came into view, I was just enjoying myself too much to care about time, and I didn’t even look at my race time on my watch for the rest of the race. I kept a few people in my sights, as usual, just to try to push a little harder. That’s half the fun of racing for me. Passing people.

With a mile and a half to go, I noticed a guy pull up alongside me. Oddly enough, it seemed like he was looking me up and down. I paid him no heed. I was enjoying myself too much. I only had 3 more people to pass before the race ended. A younger boy, a teenage girl, and an older guy. I’d planned my pace and I was on target to overtake them all in smooth succession. Weaving back and forth over the next mile, I passed them all. A half mile to go, I saw the same guy who’d given me the sideways look pull up alongside me again. With a smirk on his face, he looked at me and said, “Try running against a Marine!” And he bolted off down the road.

A half mile. Eight-hundred meters. Two-thousand, six-hundred and forty feet. In all of my runs, that last half mile is that moment when everything else becomes meaningless. All  you’ve done up to this point is irrelevant. It all comes down to this sacred ground, from here to the finish line. No matter how tired, cramped, sore, and beleaguered the body may be, I’ve been programed through hours of sweat, days of toil, hundreds of miles of conditioning to push like my life depends on it. In all of my races though, it had only been a mental battle. I’d told myself I had to pass some specific person before crossing the finish line. But this time was different.

The stakes were the highest they had ever been. He’d thrown down the gauntlet, and it was up to me to take up the challenge. He was fast. Clearly. I watched as the gap widened between us. I told myself I was faster. It dawned on me that over the past mile he had quite literally been doing recon on me, preparing for the final assault. “Just stay close up to the last quarter mile,” I told myself. “He can’t handle your kick.”

The buildings of downtown Miamisburg blurred into a mirage. All I could see was the back of his shirt, just ahead of me. “You have to do this. You’re going to do this. Against an Army. Even against a Marine.” Three tenths of a mile. I made my move. I pulled alongside him as we made the final right hand turn to the finish line. I matched him, stride for stride. Quarter mile. It’s like something inside of me snapped. Sharp inhale. Surge. A finely tuned machine. No limits. No mercy. Something savage inside of me rose to the surface. With every stride, it was like fire through my veins. The race ceased to exist. The world ceased to exist. In that moment, it was as if space and time stood still. I was the master of my fate. No one could stop me. Nothing could slow me down. One hundred meters. I was running so hard, I felt the swelling urge to throw up. Fifty meters. Never looking back. Never knowing how much of a lead I had, if any. Nothing behind me was relevant.

And there it was. The finish line. Sprint. Stagger. Stop. Breathe. I looked around. I didn’t see him.

After a moment of catching by breath, I looked around me again. Out of the corner of my eye, I saw my challenger slowly making his way towards me, a smile on his face. He extended his hand towards me. With a firm handshake and a strong gaze, he said, “Good race.”

When I finally did check my race stats, I was shocked to see my Garmin clocked my final kick speed maxing out at just over 13 mph! It was otherworldly for a man who could barely even walk down a flight of stairs only an hour or two beforehand. These moments will remain etched in my mind. I could not imagine a better way to finish a year of epic races than this. The story was told over and over for the rest of the day.

Thanksgiving. So much for which to be thankful. Family. Food. Fun. And the strength to run against an army and prevail.